(The First of a Four Part Series that will bring you 1,200 of the best songs from the past eight years via iTunes and Spotify playlists listed in the usual randomly assembled collage format)

After creating expansive playlists for the music of the 70s and 80s the 90s seemed to be the next logical choice for my attention. Except, I didn’t feel like it.

I needed a breath of fresh air. A breath of the right here, right now.

(Note: Spotify playlist doesn’t include all the songs listed below as they just don’t have some of the tunes for whatever reasons)

For forever now the world has been saying, “They don’t make X like they used to.” Music is a particular favourite target of the aging and jaded. But what if that is entirely wrong? What if, not only do they still make music like they used to they also have both wider variety and greater quantity of it? What if the here and now is filled with endless streams of trip-the-light-fantastic sweetness- the heavy, the funky, the abstract, the introspective, the organic, the melts in your chest not in your ears, the man you have got to hear this?

What if today’s music is fucking awesome? What else could we be wrong about?

Maybe hockey players are vastly more skilled now than 40, 30, 20, 10 years ago. Maybe food is more more open to thrilling us now that we have more than one type of lettuce (Iceburg) and Chinese Food is actually Chinese Food. Maybe, with an abundance of exciting ideas and information readily available to the average person people have greater opportunities to evolve their perspectives.  Maybe with more to do and think about people are less inclined to want to punch each other.

There’s some stuff to consider. But let’s get back to the music.

The main challenge for today’s music versus the music of the past is that it doesn’t have that fuzzy, warm, accompaniment of nostalgia. Nothing in this playlist accompanied me through puberty, nothing here reminds me of my first girlfriend, nothing here reminds me of being young and dumb and going way too deep into a bottle of Rum. But still the music takes you to a lot of places, many of them not all that unfamiliar.

For all the new acts like, Teebs, Dr. Dog, Glue Trip, Snail Mail, Ty Segall, etc. included in this playlist there are those potent, veteran, artists that transcend time- Gord Downie for example. Gord Downie’s final album Introduce Yerself  would be a remarkable album in any circumstance, let alone that which Downie was staring down in his final days. In the wake of invasive brain surgery and the ravages of brain cancer that clearly indicated the forthcoming end of his life Downie and producer Kevin Drew created something stunning in and of itself. You don’t need to know the backstory but once you do the richness of perspective, sentiment and raw emotion will leave you speechless, it will leave you awestruck. Beyond Downie there is Emmylou Harris, who released her first album in 1969, and continues to glide her gorgeous, lilting, paper airplane croon into another decade. There is Thee Oh Sees churning out their potent maelstrom of fuzz, feedback and good old pulse amping rock’n roll as fantastically off kilter now as when they came on the scene in the late nineties. And there’s J Mascis of Dinosaur Jr. fame playing the leading role in Alt-Guitar Hero, nimbly bending strings on the fretboard at full wank with stoner-psychedelic rock band Heavy Blanket while, at the same time, managing to warm up some surprisingly lovely acoustic tracks  with his solo material.

Which brings us to The Staves.

Giving Today a Play begins with The Staves, a group that is the perfect example of what is so great about the current melodic age- The Love of Music. Not just punk music, not just rock’n roll music, not just the blues or electronica or disco or folk or whatever, the Love of Music. The artists of today more than any other time have access to and are therefore influenced by a vast assortment of wildly gifted past and present artists. Unfettered by the limited imagination of traditional radio and video stations the post-Napster landscape has provided overwhelming access to music of various styles and nationalities. And with music the more you love the more there is to love. The more varied the influences the more varied the resulting art. And you can see the exciting results in The Staves genuine love for bringing music to life. They could just stick with channelling their warmly gorgeous harmonies into one breathtaking folk song after another but instead their love for creating drives them to new and intriguing places as evidenced on their latest album The Way is Read created with NYC-based chamber music ensemble yMusic.

Can’t think of a better place to start than The Staves. Enjoy. 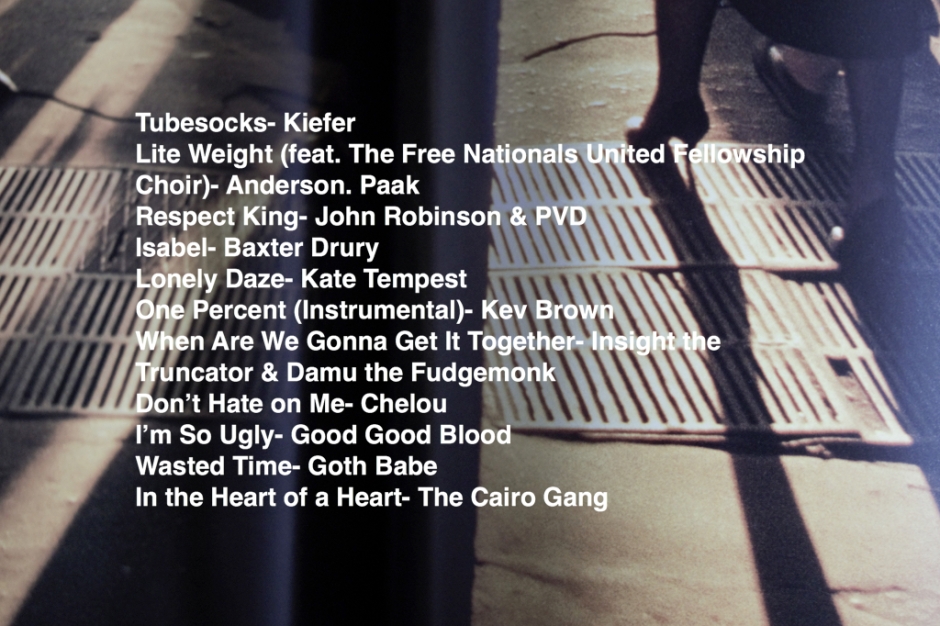 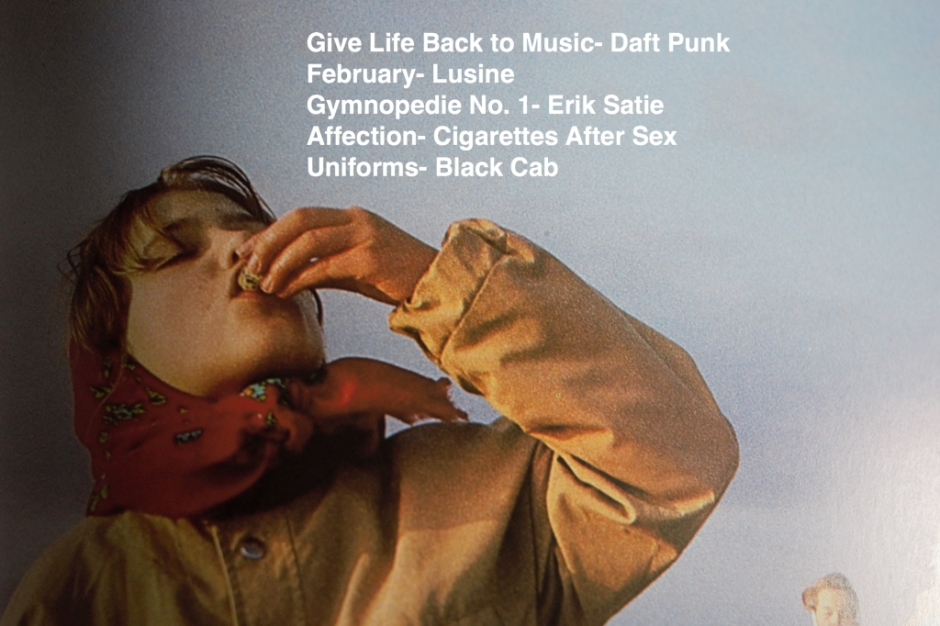 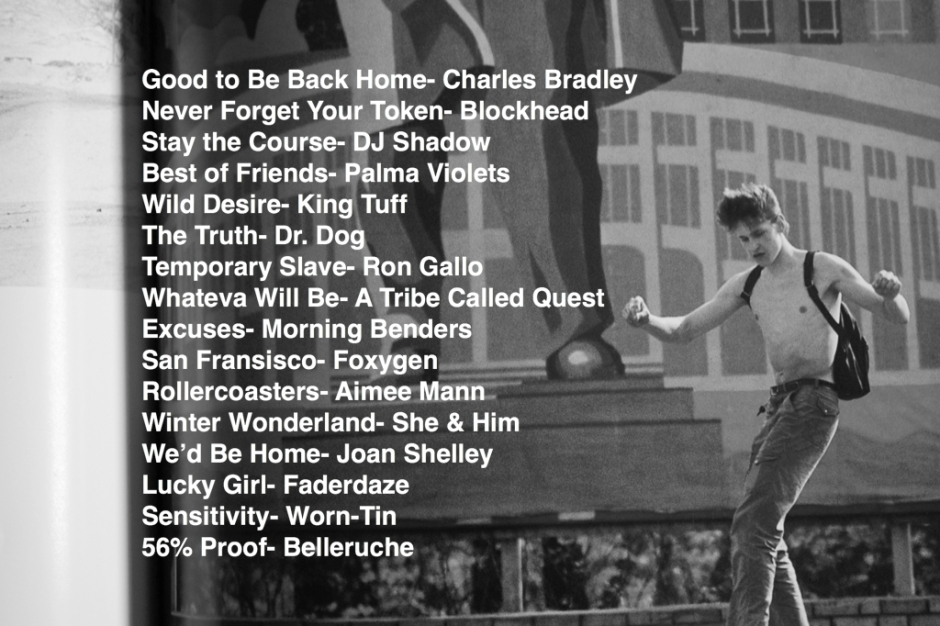 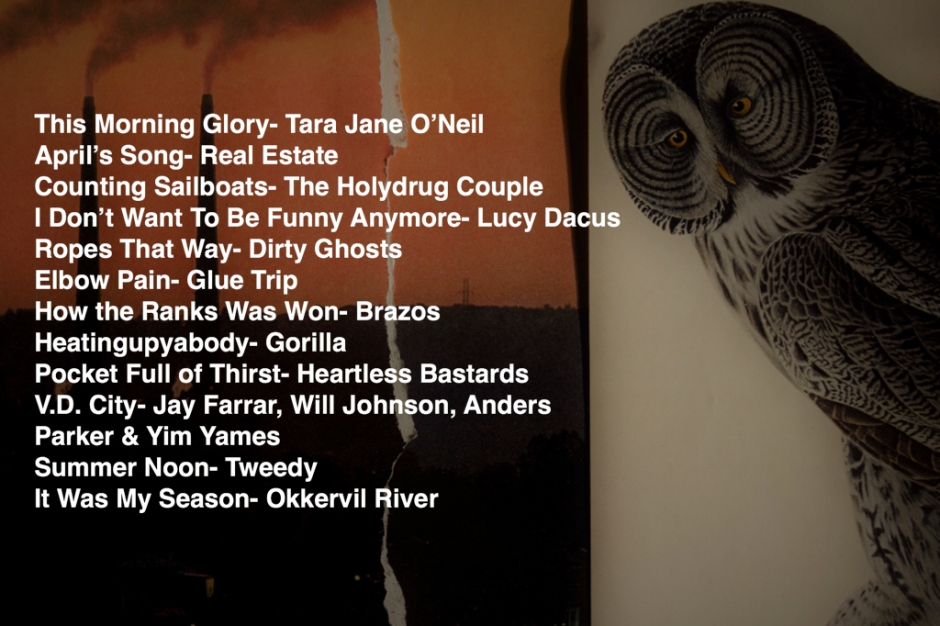 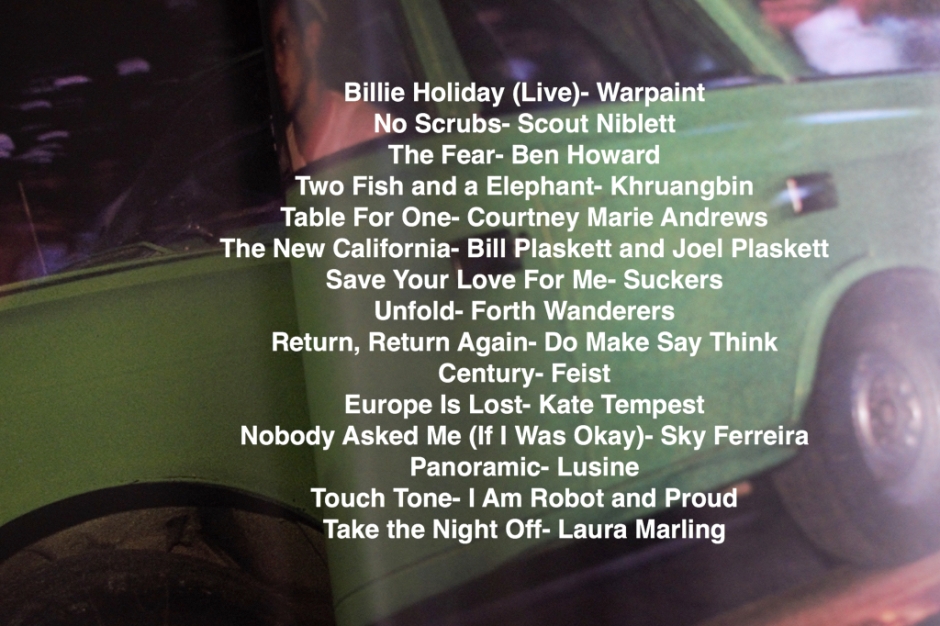 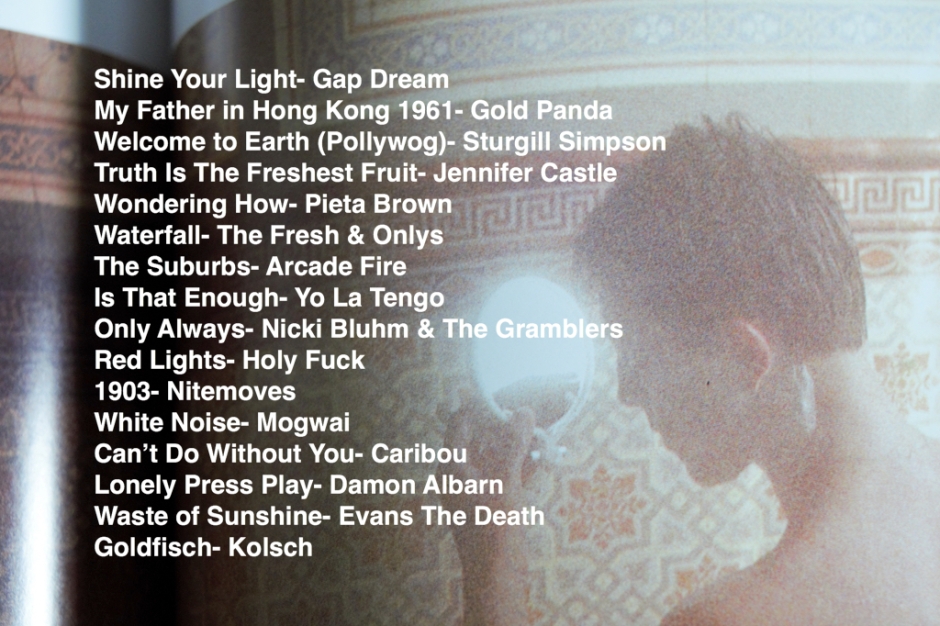 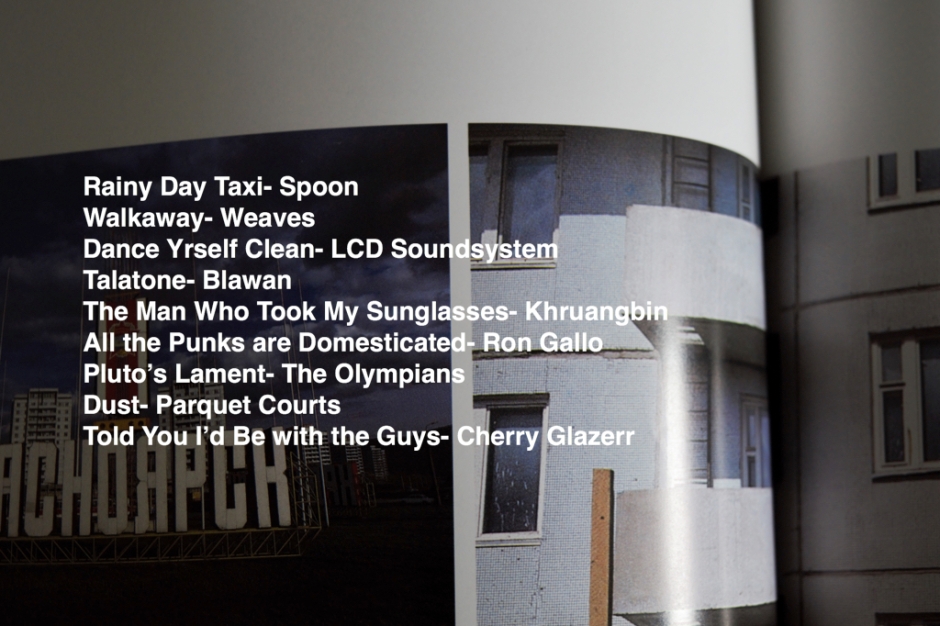 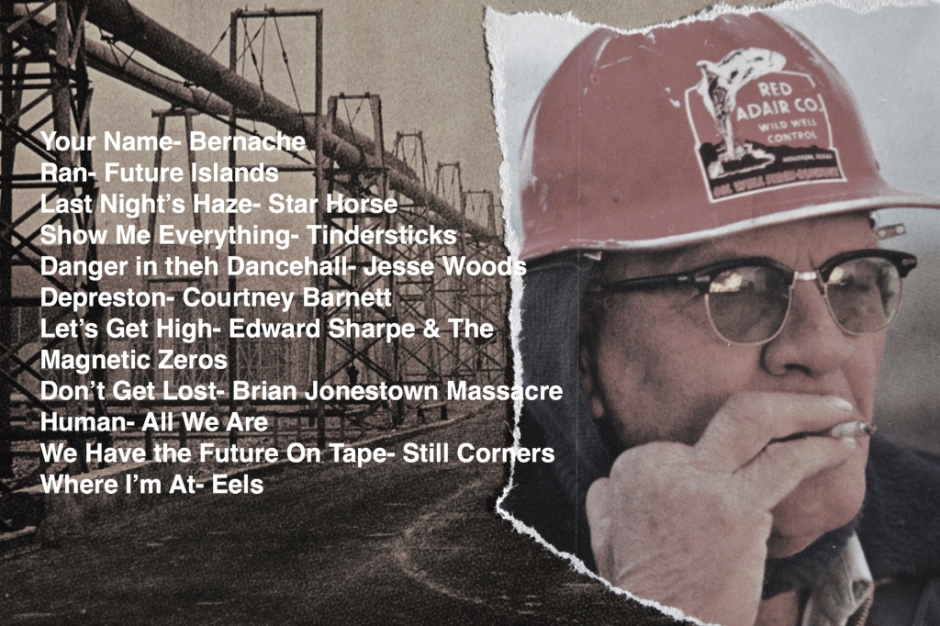 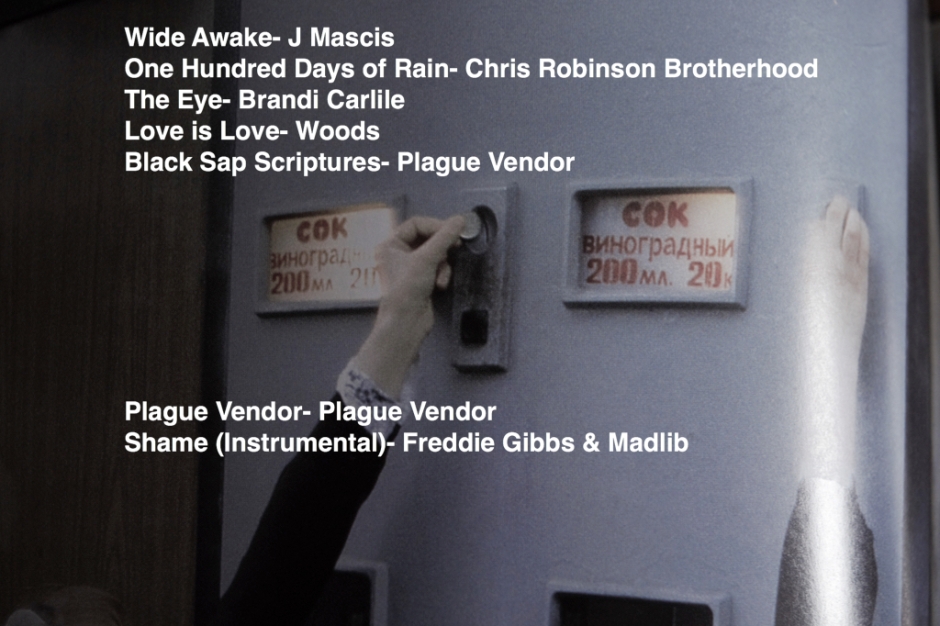 Collages and Pictures are from various 70s National Geographic magazines from the 70s as well as the book Paraguay by Vilo/Paris that somehow doesn’t have a publishing date (I would guess 1971) A Day in the Life of the Soviet Union published in 1987 by Collins.