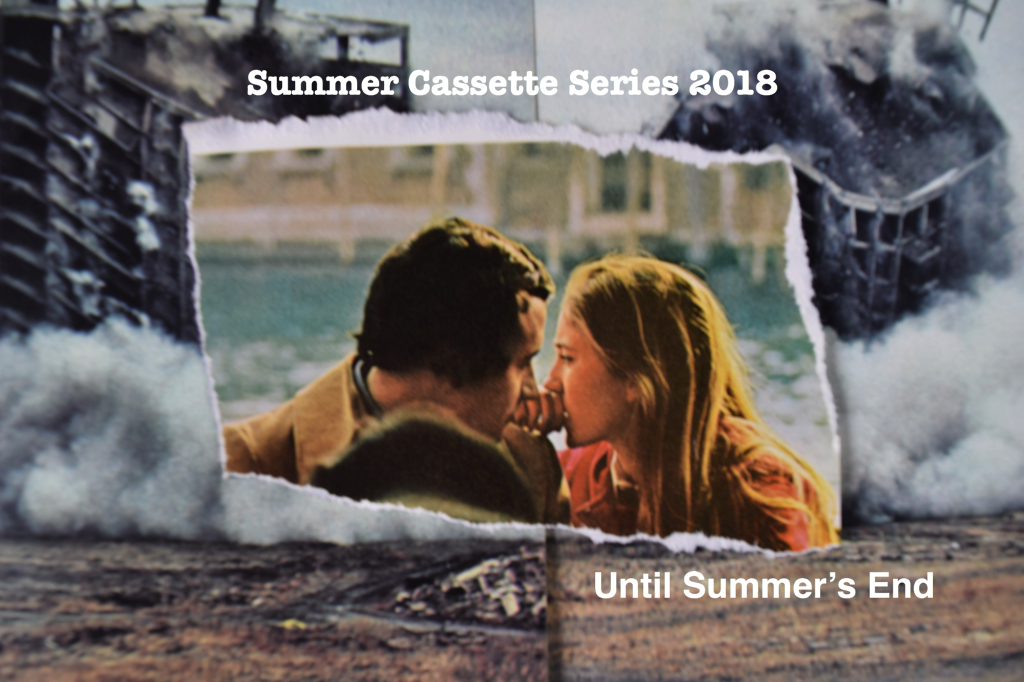 Look, there’s a lot of important content in this particular music blog- Lacey’s Birthday, “Brazil’s No. 1 Organist,” the great Canadian rock band Chilliwack and the movement of Time itself. Capital “T” Time. So buckle up. Put the keys in the ignition. Press play. And drive. 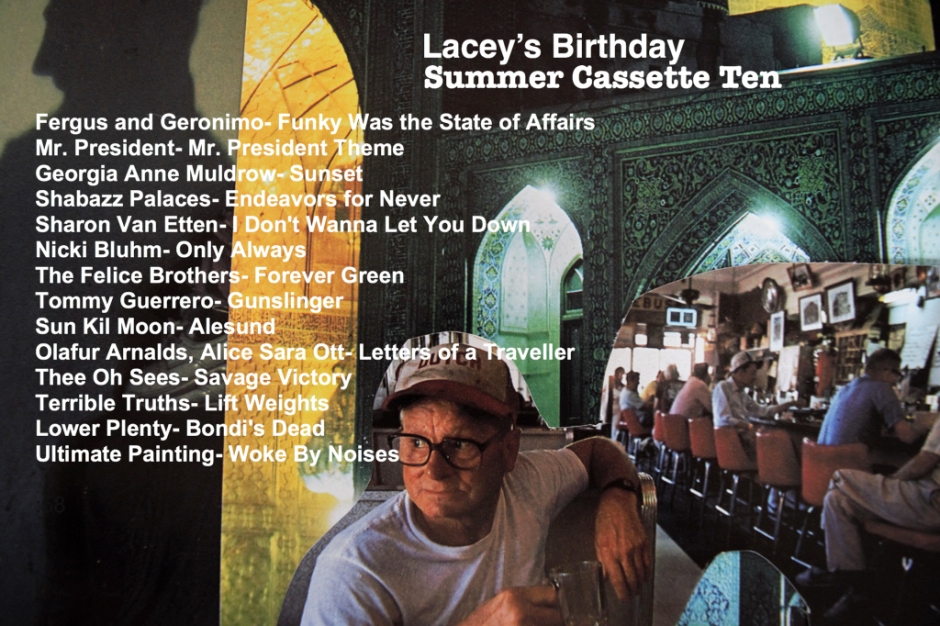 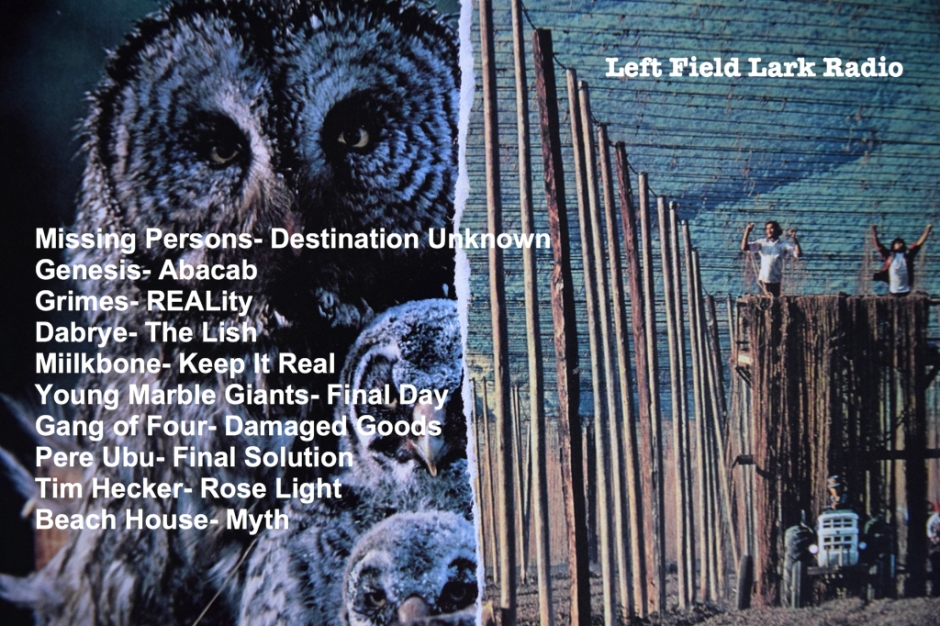 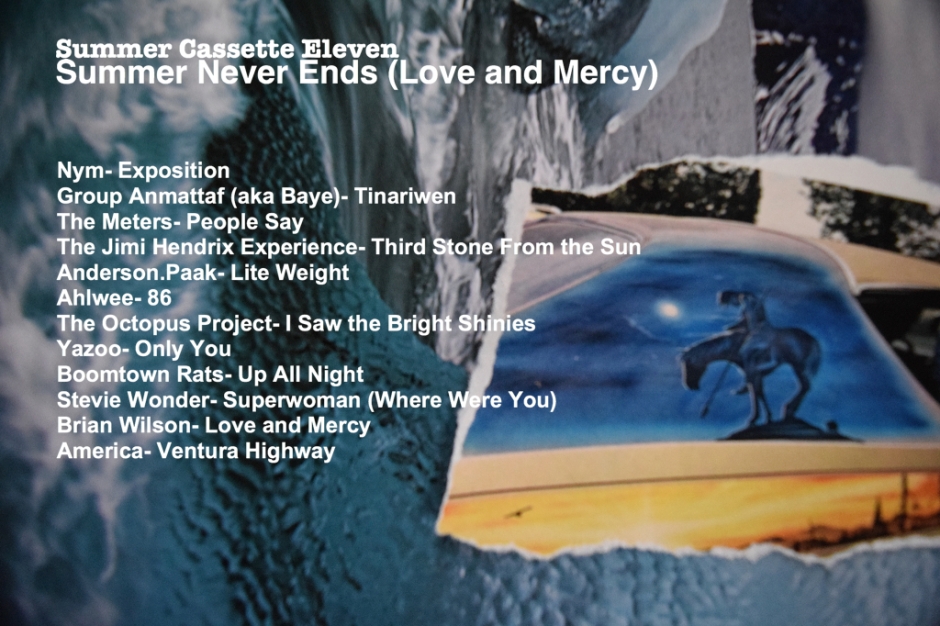 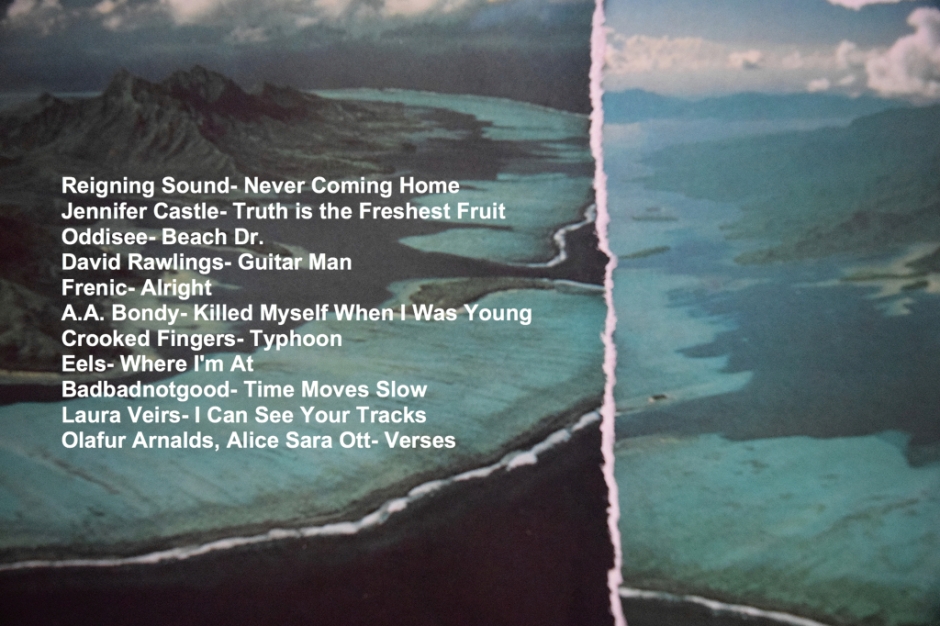 Walter Wanderley’s Summer Samba album indicates that, at least as of 1966, he was, “Brazil’s No. 1 Organist.” Nothing included in these last summer mixes made me as happy as discovering Walter Wanderley. Wanderley’s music is a delicious slice of a lost time, not a caricature, not a trace, but a wholly organic, forever fresh corner of the best part of the world I was born into.

And it reminds me of my first trips to supermarkets as a kid.

It reminds me of that simple excitement of walking amongst vividly coloured, brand spanking new, packaging- Kellog’s Apple Jacks, Jell-o, Tang, Bold detergent, Spam, Hawaiian Punch. The supermarket in the seventies was a world full of possibilities for me that crescendoed with my Mom providing 25-cents so I could ride the coin operated horse.

But creating these mixes is about more than just nostalgia for days past. Sure brilliant stuff like Stevie Wonder, America, Brian Wilson, The Meters and Brazil’s No. 1 Organist easily lifts the shiniest moments of days gone by to reminisce about but the reason they are able to do so is because they are timeless. And timeless music has never stopped being made. Right here, right now, there are incredible artists at work creating music that, unfettered by the limitations of mere words, manages to seep deep into the intricate heart of my relationship with the passage of Time, the people close to me, the natural world around me, and all that I have not begun to imagine and understand.

Music cuts right to the heart of the beauty of what you know and the magic of what you don’t know. It says, it’s okay to not understand things fully. Just feel.

And so I love intertwining the artists making beautiful music right now- Anderson.Paak, Sharon Van Etten, Gillian Welch and Dave Rawlings, Olafur Arnalds, Georgia Anne Muldrow, Badbadnotgood, Frenic, Sun Kil Moon, Tim Hecker and Beach House (just to name a few) with those from past decades like Supertramp, The Beatles, Peter Tosh, Suzanne Vega, Ultimate Painting, Bob Seger and Jimi Hendrix. I love to sew them all together, sit back and just feel that magic wind through time, love, loss, sadness, bliss, beauty and all the little things in between that make up our humble lives. 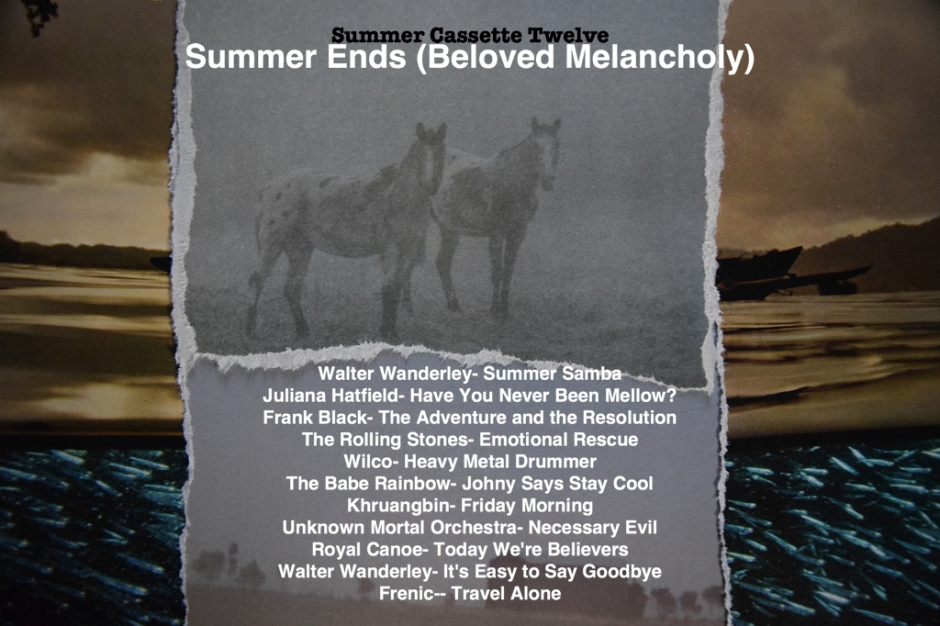 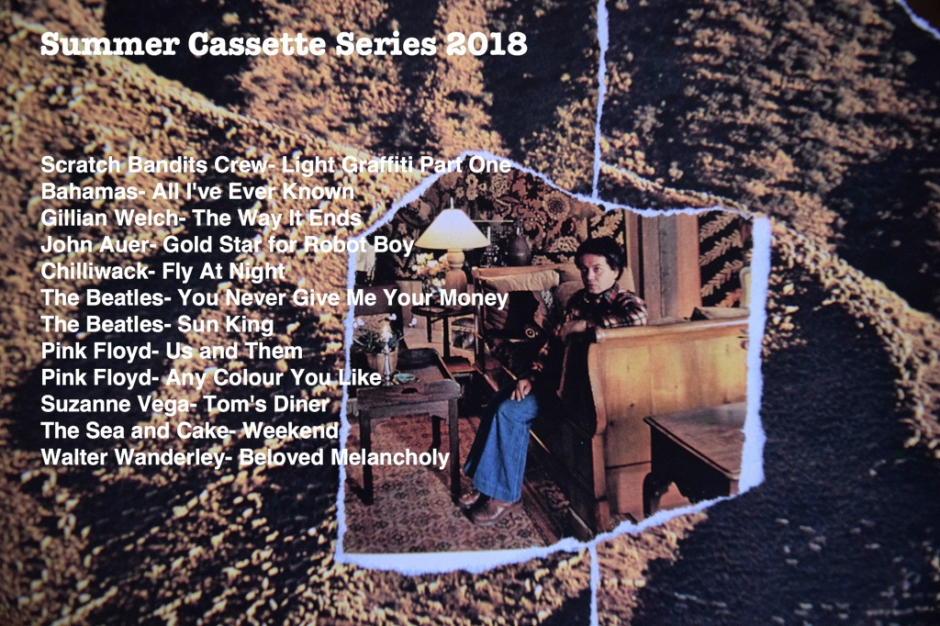 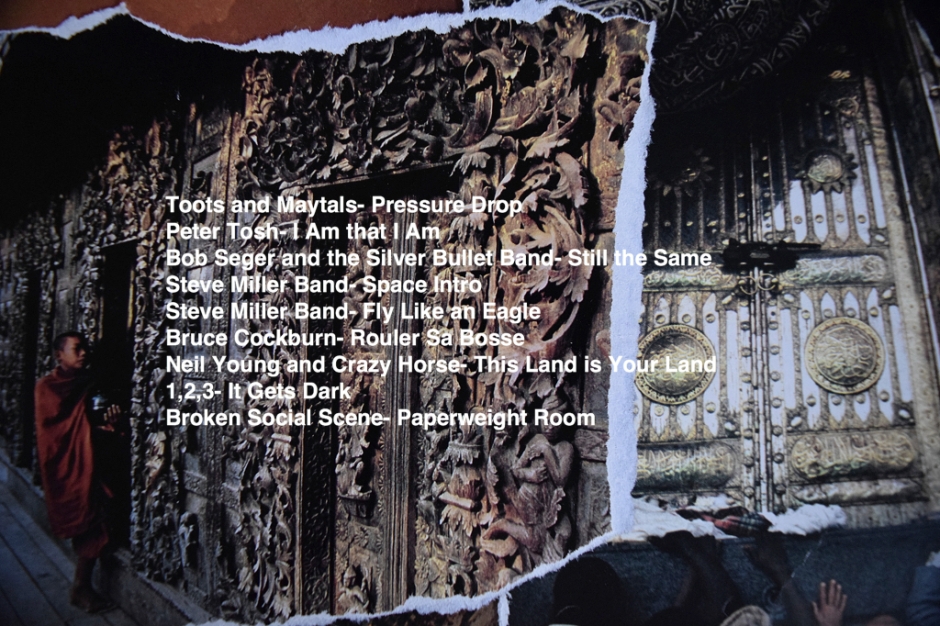 I’d like to dedicate these final mixcloud  installments of the Summer Cassette Series to the Italian Festival in Thorold. Growing up in Thorold the Italian Festival was always the most decisive indicator of the end of summer (and the imminent return to school). It was pennant flags suddenly appearing one crisp, late August morning, hung over top Queen Street South, strung telephone pole to telephone pole, up the street to Holy Rosary Church, then over top Sullivan Avenue to the Holy Rosary Hall and Holy Rosary School.

There was always this great whimsy about the Italian Festival weekend. It was running around the crowd with pea shooters, listening to Italian bands, watching the old Italian men argue animatedly with each other beneath the lights strung throughout the school yard, it was getting towards my teens and starting to notice the girls that were there, that warm static in the chest kind of thrill I’d experience being close to a pretty girl.

And there was melancholy.

Summer never ends. Summer always ends. You could feel that precariousness play out over the course of the weekend as it rose and fell like a microcosm of the summer as a whole, of life as whole.

The weekend started off clean and vivid- a parade through the heart of Thorold, a feast at Holy Rosary Hall and a modest evening that spilled out into the back parking lot and school yard. Saturday night was the crescendo, the band was louder, their sound echoing languidly through the quiet, darkened, streets of Thorold that lay immersed in the increasingly cool August evening. The crowd was always biggest on Saturday night filling both the schoolyard and the gym/hall, the gym lights spilling out through open doors, inviting you into a world where men sat in freshly ironed, collared shirts, women in their best summer dresses, they sat and ate and drank, in silence, in laughter, in contentiousness. They sat at long, paper covered tables, all pushed together end to end, they sat before the empty indoor stage (the band was outside), beneath basketball nets that stood at either end of the gym, they sat while you could see the open, adjoining kitchen abuzz with older Italian women furnishing the night with an abundance of food.

The crowd outside swam with people of all ages. Little kids like myself up to very old men. All of us loving the last moments of summer, of being outside at night and having easy conversations, drinking, sharing stories, meeting new people, running into old friends. And then came Sunday. Time to clean up. Time to take down the pennant flags. 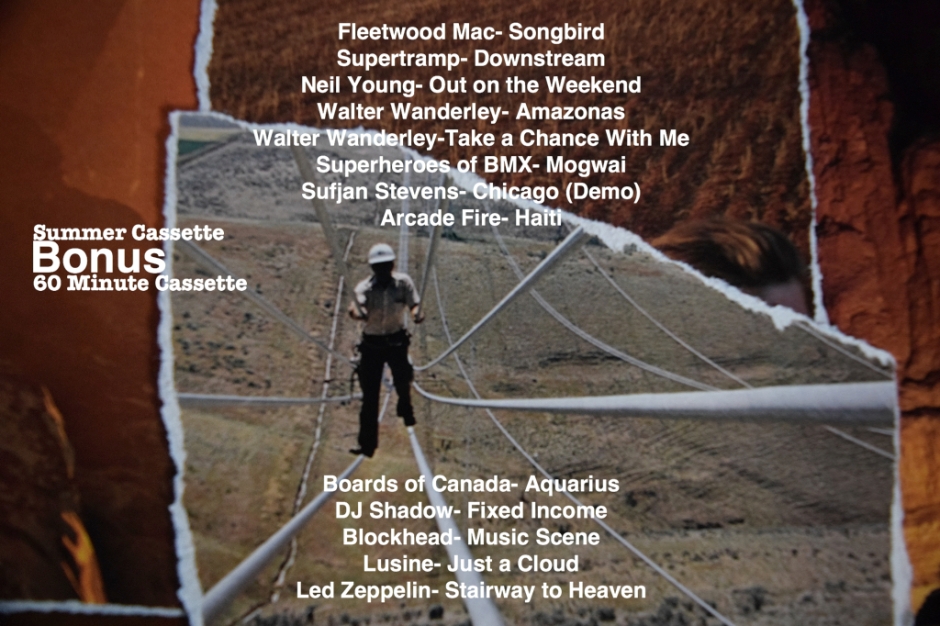 Making a mix for Lacey inspired me to do better on Cassette Ten than I think I would have if I was only doing it for the abstract world at large. So thank you to Lacey and all the folks I’ve met over my lifetime who make we want to aim higher in what I do. And Happy Birthday!