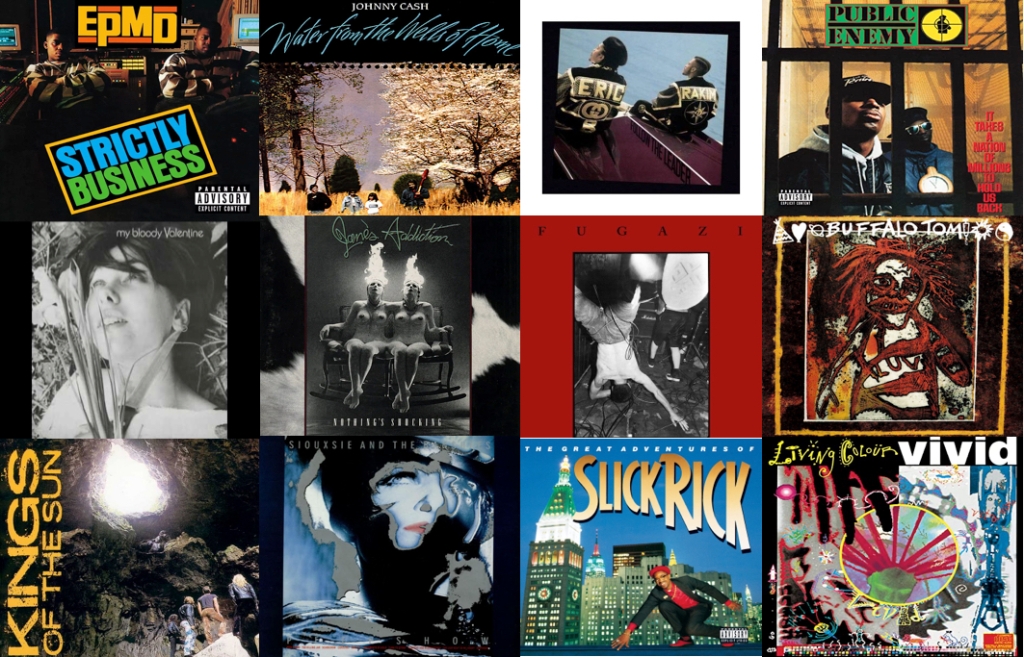 The ultimate cherry on top of the flim-flam, all-whipped-no-ice cream sundae, that symbolized the Reagan era of robbing from the poor to give to the rich was the bumper sticker religion of Bobby McFerrin’s lesson in acapella tedium, “Don’t worry be Happy.” In a way though, McFerrin’s atrocious musical rendering was perfect for 1988, a year that provided much to worry and be unhappy about. That was kind of the theme for 1988. To each point there was a counterpoint. To each pro, there was a con. For every epicly lousy song like Don’t Worry Be Happy, there was a tune for the ages like Morrissey warbling, “Everyday is like Sunday. Everyday is silent and grey.”

In 1988 the first transatlantic telephone cable to use optical fibers was completed allowing for more robust connections between American and European internet. That same year the first computer virus infected computers. In September, NASA resumed Space Shuttle flights after having grounded shuttles after the Challenger disaster. In November, the 300-foot Green Bank Telescope collapsed in Green Bank, West Virginia. In May, Russia pulled out of Afghanistan. In August Al Queda was formed. In the spring Wayne Gretzky and the Edmonton Oilers won their fourth Stanley Cup in five years. In the summer, Edmonton traded The Great One to Los Angeles. 1988 had one of the greatest woman’s tennis Champions ever, Steffi Graf, win the Golden Slam, all four Grand Slams and the Olympic Gold Medal. On the men’s side, three out of four slams were won by Mats Wilander, the other by Stefan Edberg and the the Olympic gold was won by relative unknown, Miroslav Mecir. In baseball the storied Los Angeles Dodgers franchise, lead by the great Orel Hershiser, won the World Series. In the NFL, the Washington Redskins, lead by a journeyman quarterback in Doug Williams, routed John Elway’s Tampa Bay Buccaneers 42-10 in the Super Bowl. Given this Even Steven approach to all things it should then be unsurprising that 1988 provided a disproportionate amount of really terrible music to wade through but when you do find the good stuff, it’s entirely riveting brilliance from some of the decade’s mainstays like Morrissey along with those, like Fugazi and Jane’s Addiction, who would be integral parts of the gorgeous incoming storm of the next decade.

So join me for a genuine exploration of a contentious year. We’ll look at the World Expo 88 in Australia and its’ theme, “Leisure in the Age of Technology,” we’ll learn about the Khian Sea cargo ship that wandered the oceans of the world for sixteen months looking for a place to dump toxic waste (and being rejected at ports across the globe), we’ll consider the racial divide in sports and elsewhere and mostly we’ll dig into all the best musical gold spun that year.