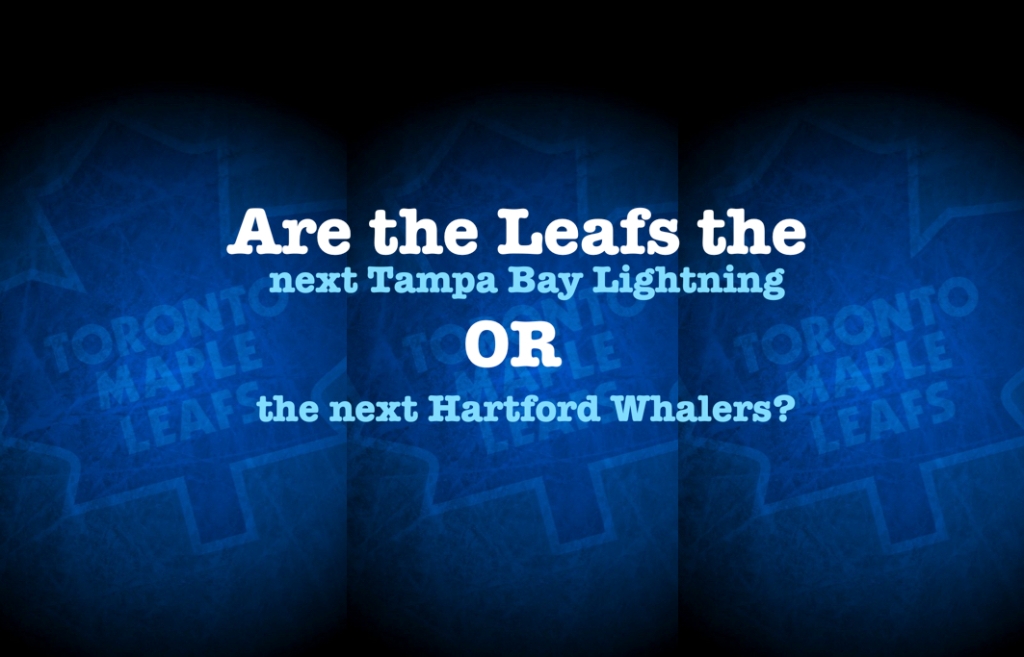 “When I heard, no I wasn’t surprised
Could’ve said it was a long time coming
Now you beg for some, compromise
And you’re offering nothing.”

Kyle Dubas’s (not mine) favourite band, The Arkells, Making Due

This was the Leafs post-playoff disappointment presser yesterday. Much like the Arkells bring to those seeking rock’n roll, Kyle Dubas and Brendan Shanahan came to the press conference yesterday- Offering nothing.

None of us were surprised when the Leafs were bounced for the sixth consecutive season in the first round. It’s kind of what they do. And you know what? I shouldn’t have been surprised Kyle Dubas and Brendan Shanahan chose self-adulation over accountability, but boy it pissed me off.

The main source of my frustration was the stubborn attachment to failure and the disingenuous suggestion that people were asking for change so the team would be worse. “We’re not going to change for the sake of change.“

Here’s the thing guys- Nobody is asking for that.

A few years back, in a fit of passive aggressive  petulance directed at frustrated media and fans, Kyle Dubas posted this meme-

If you change the, “Complex But Right,” sign to, “Accountability,” and, the, “Simple But Wrong,” to, “Excuses,” it was easy to see which line Dubas and Shanahan were in yesterday- Excuses, offering nothing.

Immediately in the press conference Shanahan announced Sheldon Keefe, despite his team comprehensively (5 on 5, PK, PP) fading in three consecutive playoff rounds, despite being outcoached three times, despite psyching himself out and putting Wayne Simmonds and Kyle Clifford on the ice to start a playoff game, was returning as coach. Worse, it was clear they weren’t even open to exploring other options at head coach with Dubas noting that in ten to fifteen years (which I believe is the same timeline for me to get a pony for my birthday) Keefe would be revered for his coaching accomplishments in the same way Stanley Cup winner Barry Trotz is.

Of more concern would be Dubas’s reference to having a similar offseason to last year in terms of identifying talent to compliment the core in terms of getting over the playoff hump. First, they didn’t get over the hump this year. Second, let’s take a second and look at last offseason’s additions in terms of how they performed at crunch time in the playoffs-

Petr Mrazek? Injured and ineffective in the regular season, didn’t dress in the playoffs. Given his propensity for injury and ineffective play over his career- not a surprise.

Ondrej Kase? Recovering from his latest concussion Kase didn’t play much in the series and when he did was a non-entity. Kase’s history of concussions again makes this no surprise.

Michael Bunting? Fantastic compliment to Matthews and Marner in the regular season who was apparently injured and entirely ineffective in the playoffs. A smaller forward who plays a rambunctious style, missing games is nothing new to Bunting.

David Kampf? Great 3rd liner in the regular season and the start of the Tampa series faded badly when it mattered. Kampf’s 27 and has never in his career been in as prominent a role as he had with Toronto. Maybe there was a reason for that.

Nick Ritchie? Putting aside he was traded for value, in terms of identifying talent, this was a massive miss by Dubas.

Largely Leaf fans seem attached to the idea of, “Rolling it back.” The same core, the same coach, the same pretty much everything because, “Tampa, Washington kept the same core and…” But I’m here to tell you those ain’t the comps. Those teams won playoff rounds and Conference titles prior to their Cup wins, the Leafs have won nothing. Zero. You know what team is the comp?

That’s where we are right now. We’re not in Washington’s league, we’re not in Tampa’s, we’re in Hartford’s.

Look, there’s a lot to like about the Toronto team given Dubas inherited the likes of Matthews-Marner-Nylander-Rielly. Yes, you got 115 points this year. Why wouldn’t you? But as much as there is to like there’s no denying the lack of playoff success isn’t a small sample size issue. It’s a, it’s the only damned thing that happens, issue.

And you know what? Maybe change for the sake of change doesn’t necessarily mean you make your team worse, just different. Perhaps the best comp for this team isn’t the Kawhi-Nurse Raptors but rather the mid-to-late 80s Jays teams that, albeit in the radically different context of a league where only four teams made the playoffs, disappointed year in, year out, despite an uber talented core. They made change for the sake of change trading Tony Fernandez and Fred McGriff, two insanely productive players for Robbie Alomar and Joe Carter. There were other moves or course but that deal seemed to allow the team to shrug off some collective, weighty, baggage and two World Series came in short order.

I have to hope Dubas and co. have something up their sleeve other than the same old, same old. But there is very little to inform that. Very little. In a way, our GM’s love of the Arkells, a band that is to being rock’n roll what tofu is to being steak, might have been the ultimate tip off of the meatless future that was in store for us. In fairness though, it does appear what Shanahan and Dubas were offering yesterday wasn’t the Arkells or tofu, it was nothing.