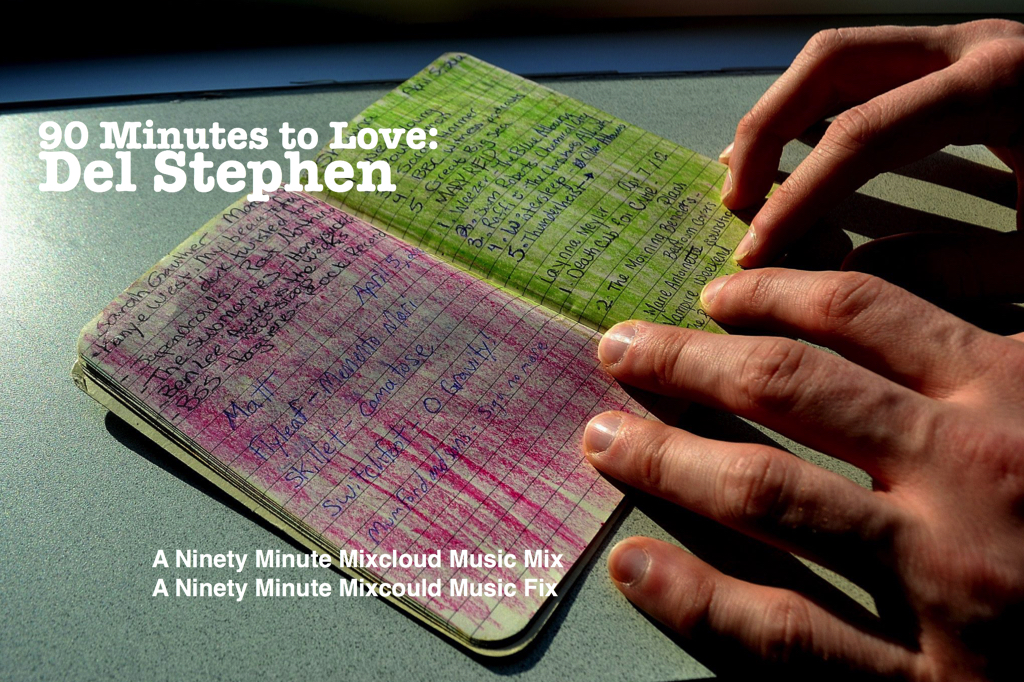 Due US restrictions the Mixcloud compilation for Del Stephen will play for those in Canada but not the United States so I’ve included some links to some of Del Stephen’s Bandcamp.com material for my American friends. 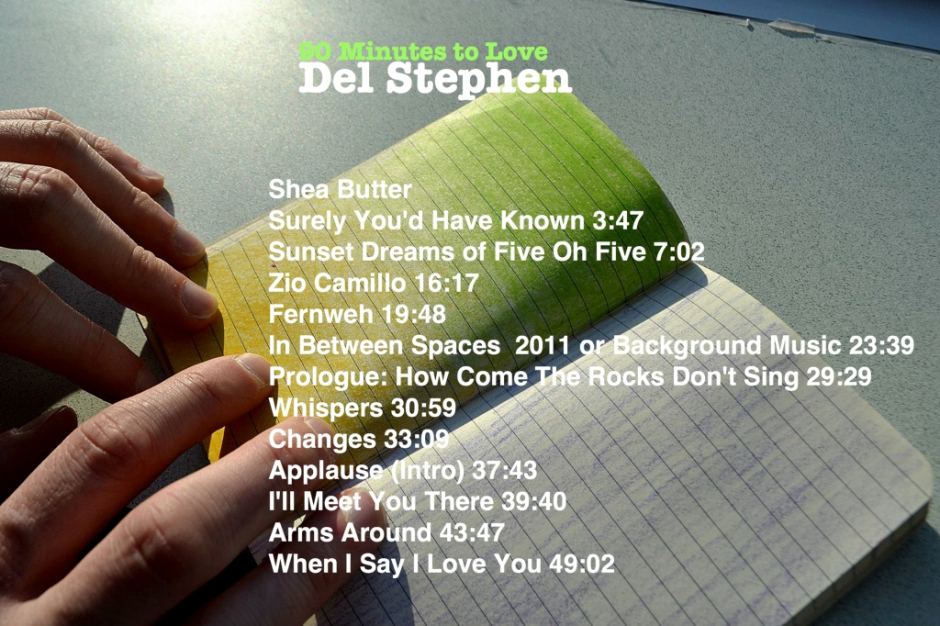 One day in the winter of 2013 I found myself entirely without a place to go. The details aren’t terribly important, suffice it to say that if felt like the world had gone entirely wrong. So I drove.

But if you’ve been there and I think sooner or later we are all there for at least a moment,  you know that peace seems impossible to locate, that a kind of gutted, bewildered, discontentment, appears to be all you can find.

Then I threw Del Stephen’s Third Culture Kid into the CD player of the car.

And I had a place to go.

I commented on Del Stephen’s Longtime Love album some time ago at his bandcamp.com site, “Longtime Love begins by stripping the world down, unpaving, unbuilding, your urban expanse and giving you back the space you need to feel utterly at ease. That’s something special. But there’s more. Once your nature finds the best kind of chilled out/warmed up rhythm Del Stephen engages your sense of wonder, he dazzles, he surprises and he does it all while still crafting ample space for you to wander, to take long cool breaths, he does it all while being entirely genuine and original.”

This was my place to go. A place that is timeless, warm and beautiful. A place that made me feel better. And this is what Del Stephen does. He relates to both the big and small moments in your life and unveils the wonder within. He makes you feel better.

On a track like Sunset Dreams of Five Oh Five Del Stephen sits down beside you on the subway and reminds you that there is magic in your midst at all times. That magic is happening, that you are happening. That the most compelling things are happening right in front of you, assembled by life moving through life, tossed together by a kind of reckless, wanton, divinity that, when properly tuned into, is breathtaking to behold: the low pitched whine of your subway cars brakes being employed, your flimsy seat trembling, the strangers standing around you subtly swaying as they unconsciously shift their weight to brace for the stop, the smell of cool air and cement as you exit the train, the pale and freshly washed nape of the neck of the woman in front of you, the kid dropping his hockey equipment down with a thud, waiting for his subway car leaning on his hockey stick, staring blankly across empty tracks to where a heavily toqued and scarved, overly bearded man, is preparing his spot to play Gordon Lightfoot songs for pocket change.

There is magic in our midst. Del Stephen knows it.

All you have to do is listen.

(To check out the entire Del Stephen discography https://delstephen.bandcamp.com/music)

Afterword– In the interests of transparency I should mention that I know Del Stephen. We worked together. I would some years after my Third Culture Kid experience participate on a track contained in this playlist, My Hand is a Map (one of my favourite Del Stephen tunes, not for anything I did, but rather the Purple Rain like flourish by Del Stephen at the end of the track where he lets loose a, “Touch ’em all Joe!” jolt of shimmering, undulating, slinking, grooving, keyboards, the kind of epic swing for the fences that, like Joe Carter’s 1993 home run, decides great contests, that ends the game in victory).

Our initial meeting after Steve was hired involved us discussing what music we would include in a 90-minute mixed CD made for someone who had never heard music before. We swapped CDs about a week later with me being the greater beneficiary of the exchange. I was introduced to Do Make Say Think, Sandro Perri and Daniel Romano, just to name a few. I mention this, not only for transparency sake but also because he serves as a reminder to me that greatness isn’t confined to distant people and places, it can be right beside me on the bus, across the table at work, playing at a small cafe in downtown St. Catharines while almost nobody listens.

Del Stephen to me is a true artist. He was always creating. Collages, colourings, music, poems, even just his everyday interactions appear to be a happily creative undertaking for him.

Don’t check out his music for him or for me though, do it all for you.