(The Second of a Four Part Series that will bring you 1,200 of the best songs from the past eight years via iTunes and Spotify playlists listed in the usual randomly assembled collage format)

This is the second instalment of tunes conceived in the present tense. Another big, fat, slice of freshly baked cake with all kinds of frosting asking only for you to feel free to indulge.

Where instalment one of Giving Today a Play was hallmarked by an expansive variety of musical content, instalment two leans a little more in a particular direction. Part II picks a side. The good news though is that the side in question is one swimming with the musically sweet and soulful, songs to float your boat, tunes to put a little sway in your way, arrangements to do you a little favour of a little more flavour.

In part four I will look at some of my favourite songs/artists in more detail but let me mention a few special folks making an appearance in tunes 401-800 beginning with Georgia Anne Muldrow. I could go into detail about Muldrow’s genius but Mos Def already did and I ain’t going to top his breakdown, “She’s incredible. She’s like Flack, Nina Simone, Ella, she’s something else. She’s like religion. It’s heavy, vibrational music. I’ve never heard a human being sing like this. Her voice is wildly, finely expressive. It’s so singular. It’s hip-hop, the way that she approaches it rhythmically, she’s got so many jazz influences. It’s something else and you can just feel it. With Georgia Anne Muldrow Presents Ms. One (SomeOthaShip), she’s like J. Dilla, the legendary producer. She makes her own beats, she rhymes, she sings, and she plays. If people love Amy Winehouse, they’re going to get their minds blown when they hear Georgia Anne Muldrow.” (New York Times, 2009)

The great ones all have their own very particular brand of potency to share with us. They are flourishing rivers finding their own path, paths that are simultaneously carved with and against the world before them. Where Muldrow’s endeavours flow with the warmed up, mischievously meandering, ease of her particular concoction of jazz , hip-hop and, “something else,”  Gillian Welch and David Rawlings creations crackle down the country mountain running cool and clean and delicious. If there is an ideal for country music it is what Welch and Rawlings do. They love music. They create beautiful, real, things. They make you laugh when you need to laugh, they  hold you when you need to be held and they share a close, slow, dance with the truth in all its’ contentious, yet invigorating glory.

If you love music you’re probably going to love Welch and Rawlings.

The story goes that at the beginning of Welch’s career there were repeated suggestions that she get rid of Rawlings whose, at times sprawling and hyperbolic, guitar playing style (and sound), went against conventional country sensibilities at the time. Welch, of course, refused. Out of that lack of compromise came a bounty of brilliantly crafted, chest soothing, tunes to drive to the ends of the earth (or perhaps more appropriately- the very center of the American Heartland) listening to.

Ron Sexsmith is such a Canadian treasure that I don’t think most Canadians know who he is (note– there is nothing more Canadian than being unknown in Canada). But this may be an exercise in me projecting my failures onto my fellow countrymen as I have to confess that I have long been guilty of not giving the man his proper due. This is despite the fact that I have actually seen Ron Sexmith play live a few times, once in the early nineties at the Niagara Artists Centre in St. Catharines where he played a beguilingly fresh set of music to smile easily to with Kurt Swinghammer and more recently in Toronto where he joined the Kinks Ray Davies on stage for a few songs on Davies solo tour.

On both occasions I thought- Ron Sexsmith is really good. And then went right back to forgetting about him.

He’s a nice guy that Ron Sexsmith. He’s from right next door in St. Catharines. Elvis Costello loves him, Paul McCartney thinks highly of him, the utterly ravishing Feist covered Sexsmith’s Secret Heart and co-wrote the song Brandy Alexander with him, so what the hell has been the matter with me?

Who knows? There’s lots of stuff the matter with me. But as far as Ron Sexsmith goes I guess I just gave all the credit for the duck gliding on the pond to the wind and the water. It never occurred to me there might be something worth recognizing happening beneath the surface that made the whole thing look so beautifully easy.

At any rate, I’m glad I caught on before it was too late. Just so you know, Sexsmith has a ton of warm toffee voiced, lovingly crafted, tunes to put an arm around your shoulder, buy you a coffee and maybe tell you a corny joke. They await you my friend. Don’t delay.

But hey, let’s start listening starting with Part II of Give Today a Play beginning with groovilicious offerings from Donna Blue, The Olympians, Avi Buffalo, Kelly Stoltz and Chicano Batman before the out-of-site Georgia Anne Mudlrow makes an appearance. 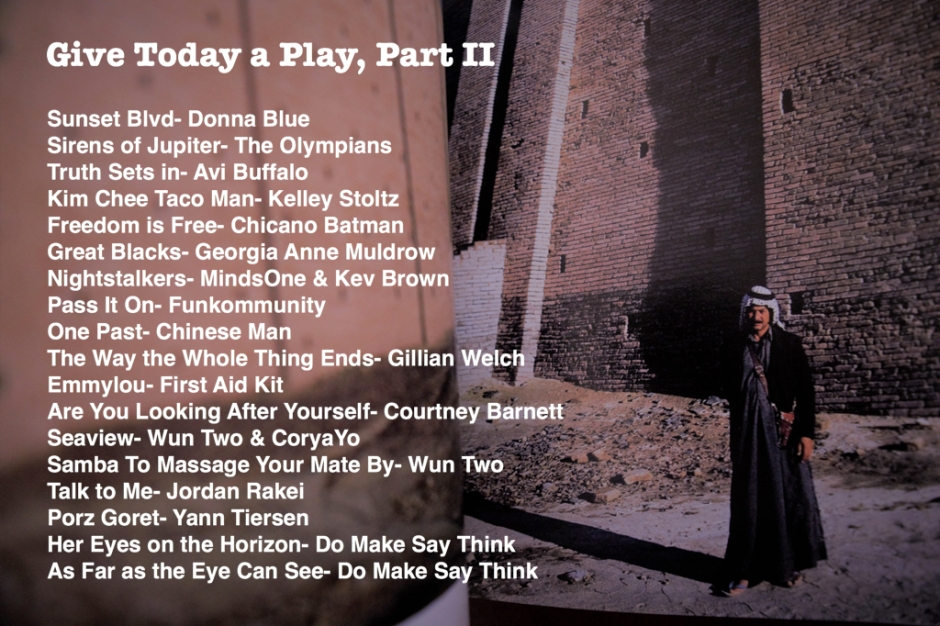 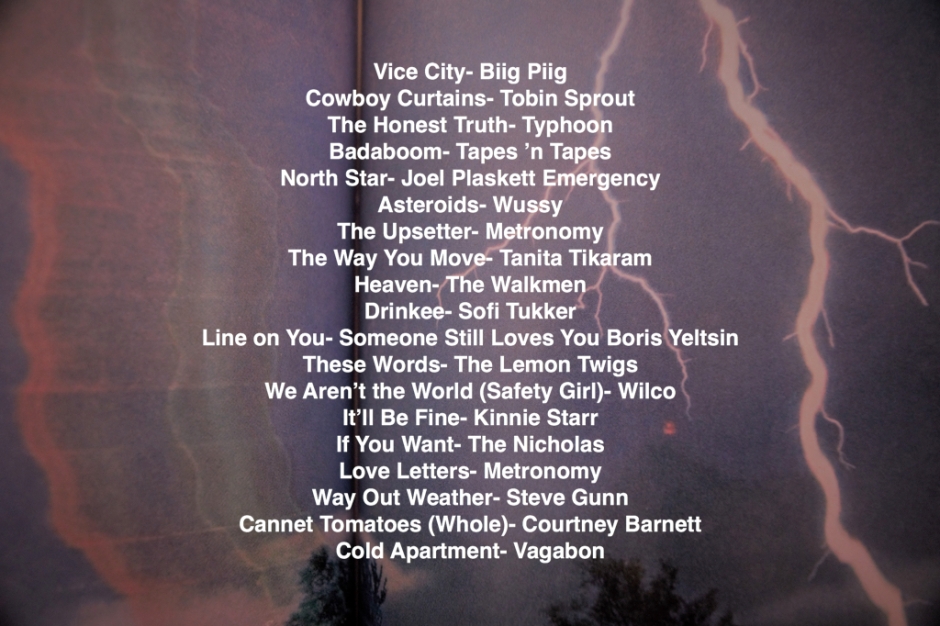 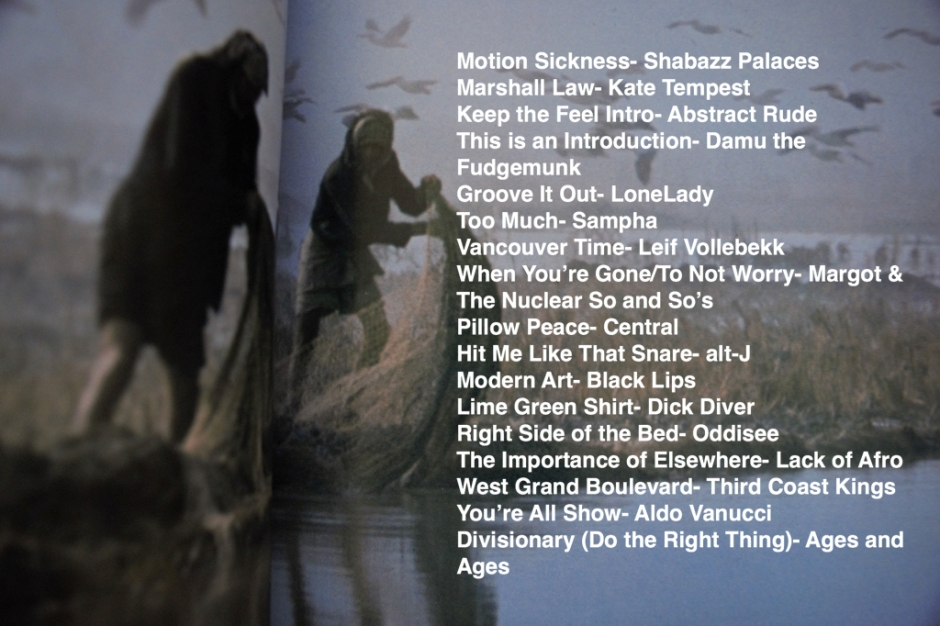 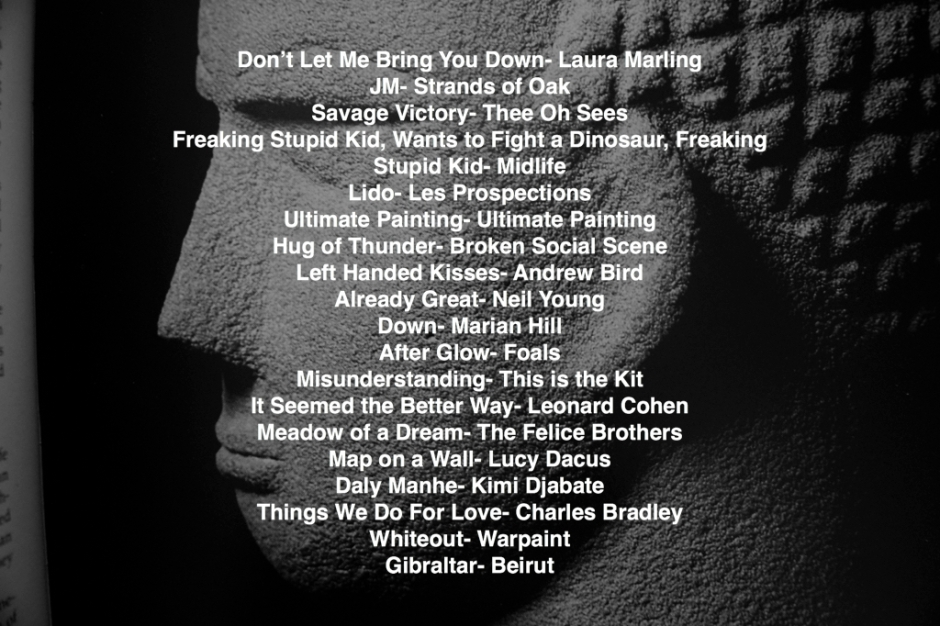 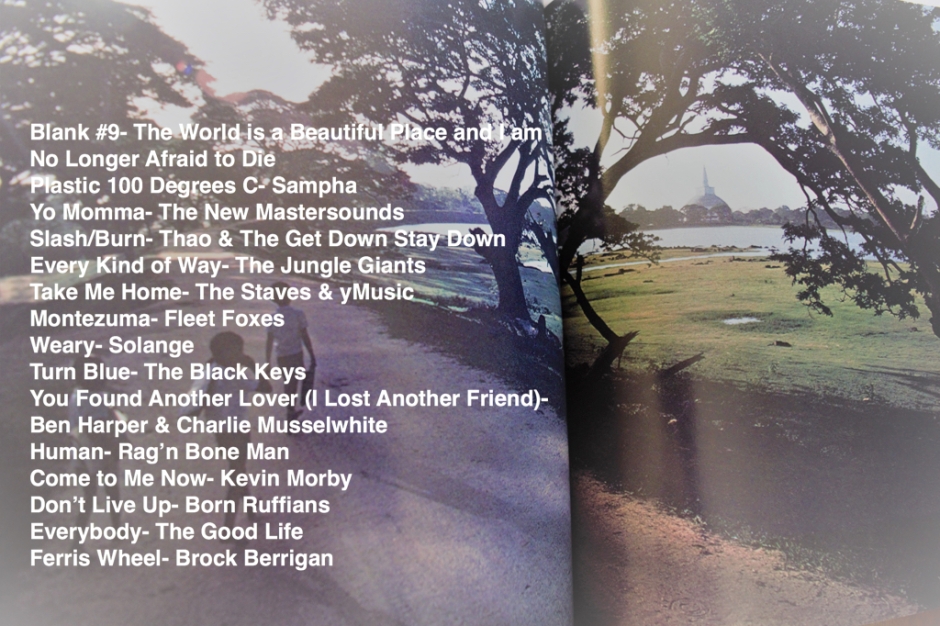 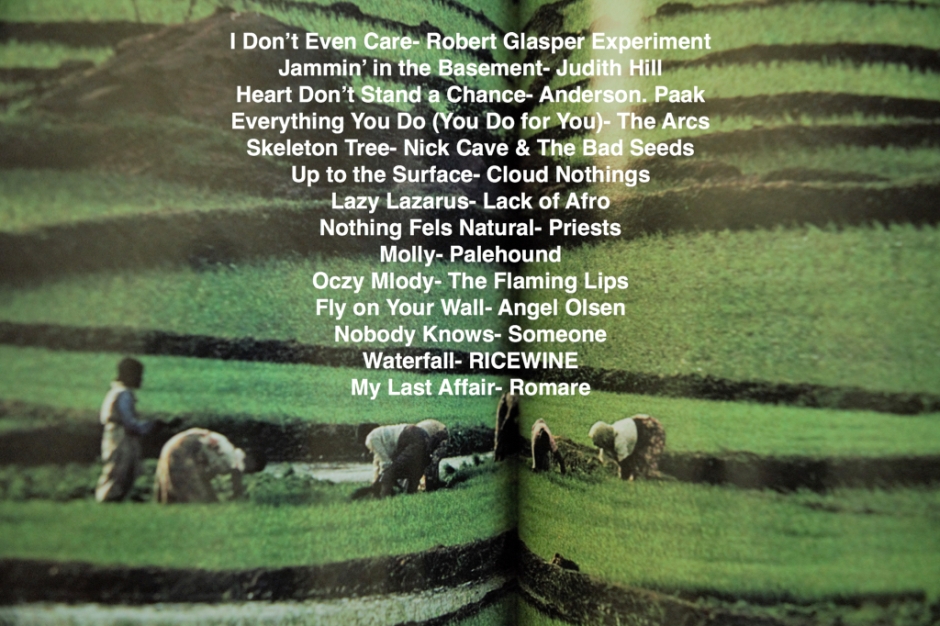 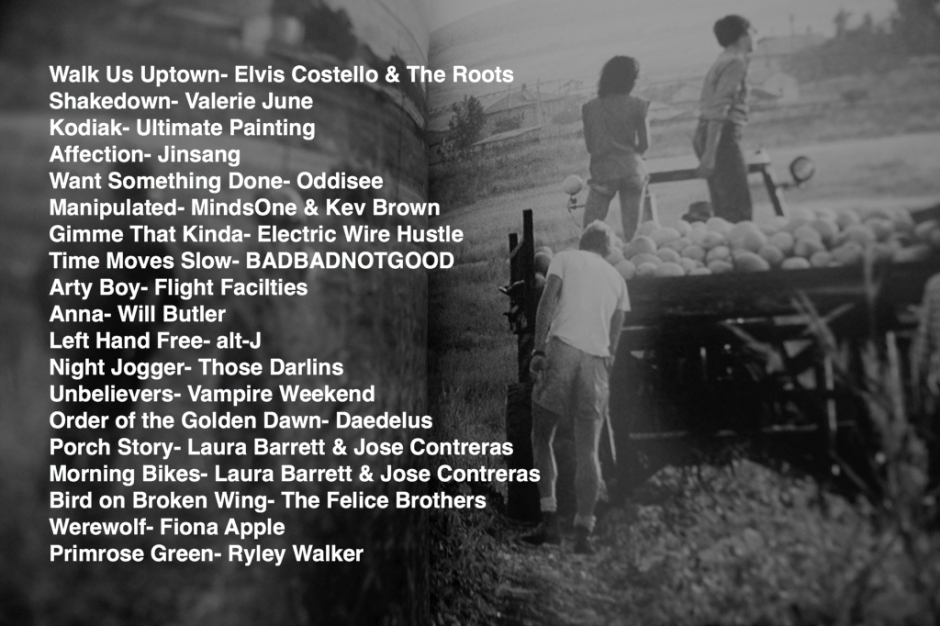 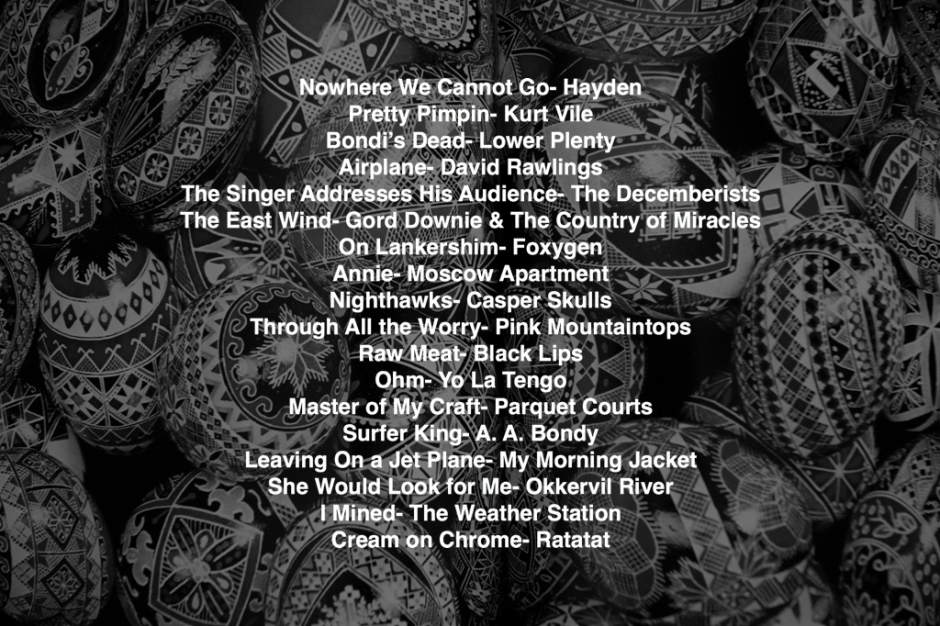