Despite Spring’s reluctance to get its’ game on I have to believe that warmth, sunlight and long lazy afternoons are on the way. Last year I provided twelve summer cassette playlists that ultimately filled my long drive from Southern Ontario to Nova Scotia via New York State, Vermont, New Hampshire and Maine. This year, beginning with the mix included here, I will provide another twelve 90-minute playlists, destination unknown.

Bourbon Glass Reflections blooms out of one song, Peter Laughner’s Baudelaire. My first introduction to Peter Laughner was via the liner notes in Wilco’s 1996 album, Being There, wherein the band credited Laughner for his line, “Take the guitar player for a ride,” which Tweedy sings in his epic, “thank you all for nothing,” ode to unemployment, cigarettes and detachment, Misunderstood. Beyond the introduction I forgot about Laughner for twenty-plus years until a few weeks ago when a friend introduced me to his live, bootleg, album, Take the Guitar Player For A Ride released in 1994, some twenty years after the show in question. 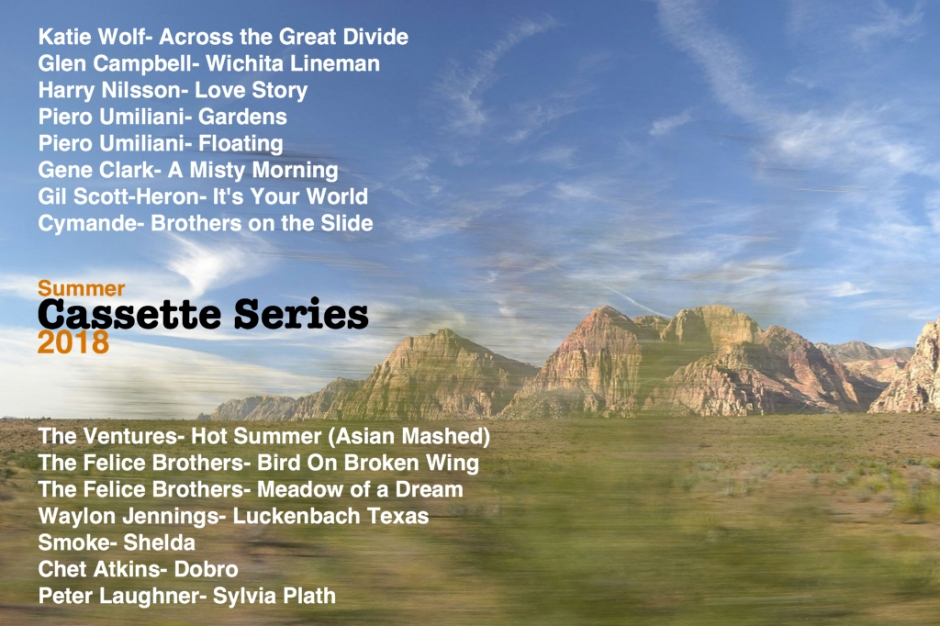 The recording isn’t great, the bass sounds like it is a two-by-four, but the overall result is absolutely riveting. Laughner is everything I dream of discovering when exploring for music. First and foremost, Laughner is brilliant, second, he is almost entirely unheard of, third, his poetry easily inhabits straightforwardness, contradiction and ambiguity.

(From the song Sylvia Plath)

This is the stuff that floats boats, that makes bread rise, that holds clouds in the sky. Many may have the ingredients, few can create something as dazzling, as memorable as what Laughner delivers consistently on Take the Guitar Player for a Ride- Gems and more gems. Laughner captures compelling moments in all their elusive splendour, his voice, his words, his music, delicately transporting you to potent intersections of people, time and place-

Now Lily White, she leans so close to you and whispers
And you will see diamonds falling all around her mouth
Ah, but Ruby moves her lemon-scented body
Just like the breezes from the south.

(From the song Baudelaire)

Laughner passed away at age twenty-four in 1977 with his only formal work in the recording studio consisting of playing on one Pere Ubu album. Thankfully someone recognized the importance of sharing his talents and provided us with this live show.

Clark’s ode to the morning after is followed by the brilliant Italian composer Piero Umiliani’s Nel Villagio where we are  wordlessly transported down a lazy river of xylophone to a different continent, a different time, a different rhythm.

The fifth tune is where I’ll leave you to fend for yourself. And really I couldn’t leave you in any kinder, more enchanting, company than Vashti Bunyan. Nothing is more enchanting than Vashti Bunyan. Nothing. Just Another Diamond Day was the title track off her 1970 debut album, a debut that faired so poorly commercially that Bunyan elected to leave the music business entirely.

In the wake of creating a stunning debut album the lack of any meaningful reaction by the outside world was taken by Vashti as a signal she had no future making music. So she rode off into the countryside to try and live as simple a life as possible. But the world caught on. Slowly and without her being aware of it maybe but it caught on. Some thirty years later Just Another Diamond Day had reached a crescendo of cult status and Bunyan returned to musically enchant again.

But that’s another cassette.

Thank you for joining me on your way to wherever you are going.