One of my favourite things about taking pictures is the fact that you never really fully get a place or a person. The world is in constant motion. Things get torn down and built up, individual entities change and/or things change around it. There is also shadow and light, a whole spectrum of nuance playing with perspective, not to mention the degrees of movement and counterpoint- the world at rest, the world in motion. And I change. Sometimes I notice stuff, sometimes I don’t. And, and, sometimes you turn a corner and find an empty, discarded, Pogo box at your feet.

I did Welland last year but one morning last week I managed to wander a little further down Main Street to drink in the great dichotomy of gorgeous murals, urban decay and diverse store fronts. 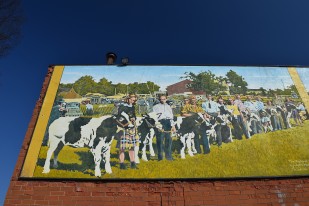 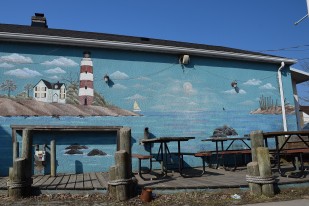 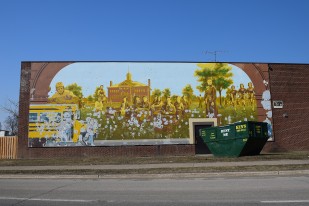 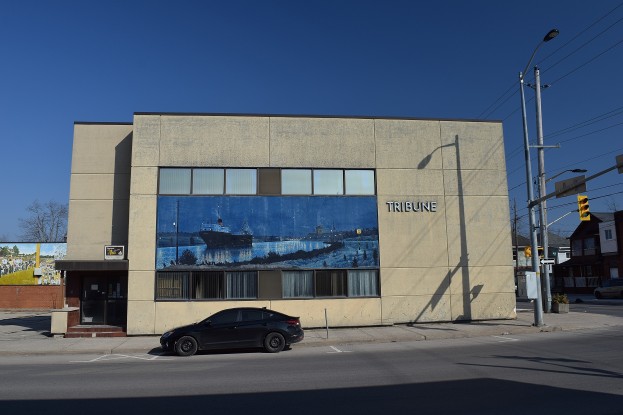 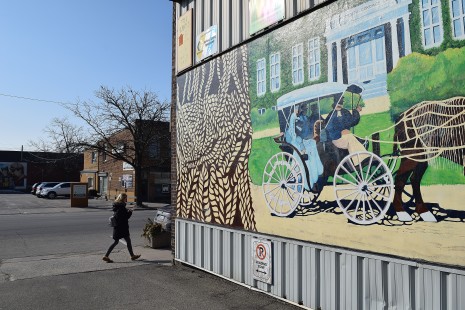 For the uninitiated, southern Ontario tends to be a series of regions that all generally accuse their neighbouring areas of high levels of sketchiness. But it is generally agreed Welland is the pinnacle of suspect. 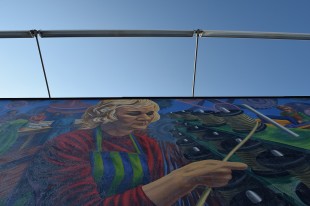 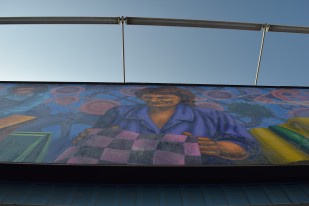 And maybe that’s unfair. I would suggest it kind of is. The murals are awesome. But I have to admit that, standing at the threshold of the Donut Express on Main Street (before thinking better of it, letting the door close and walking away) I was forced to recognize that Welland does have more than its’ fair share of dodgy establishments. 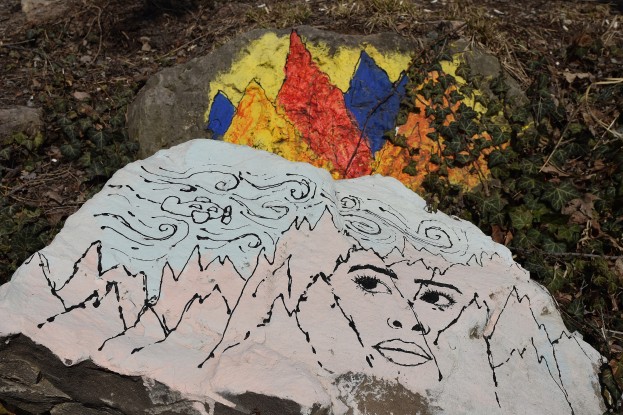 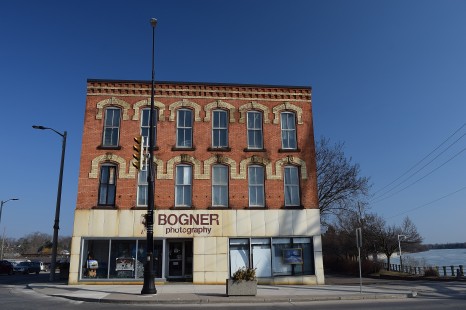 Perhaps an objective measure of community dodginess would be the amount of discarded mattresses that can be found in random places. Welland has a lot of those. 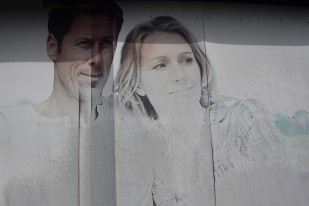 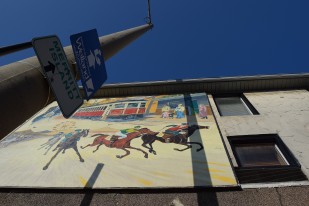 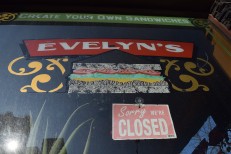 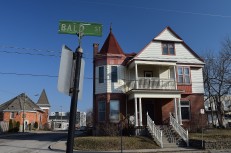 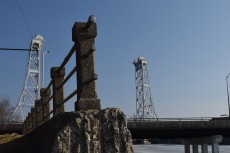 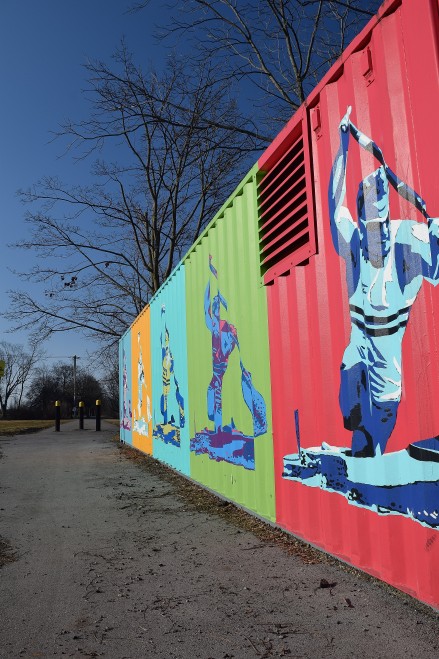 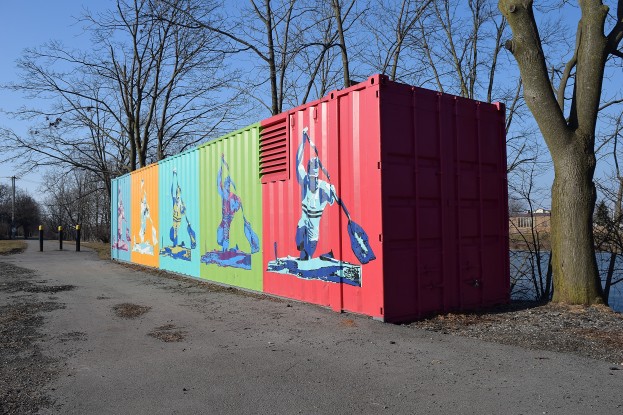 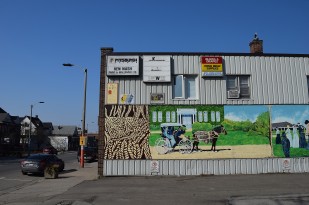 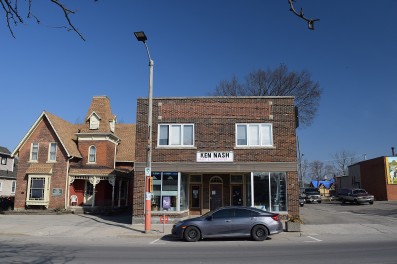 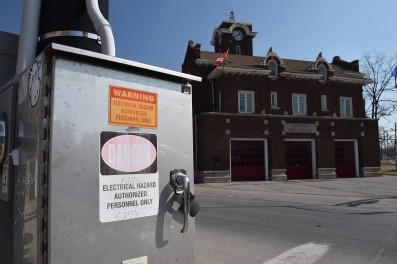 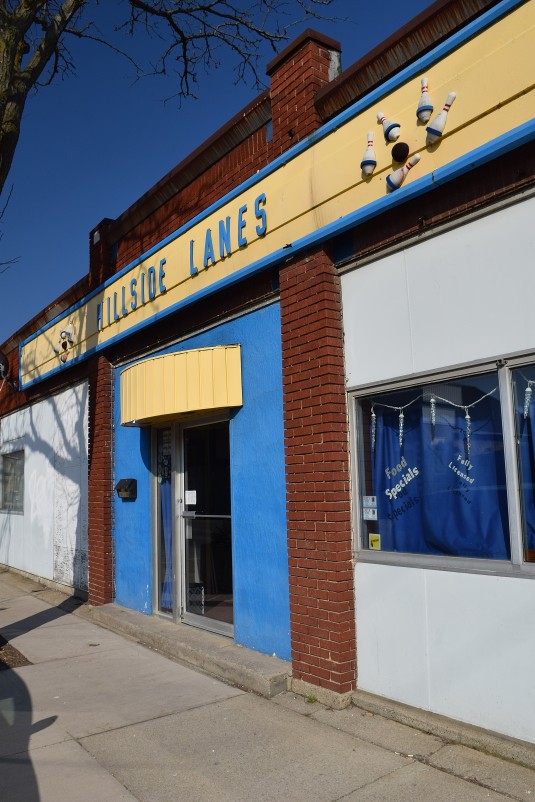 The below murals are from the outside of the Seaway Mall in Welland. The artist is Heinz Gaugel. 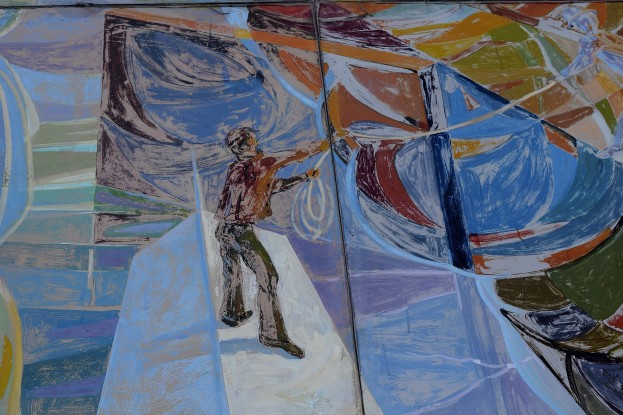 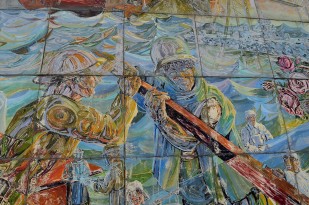 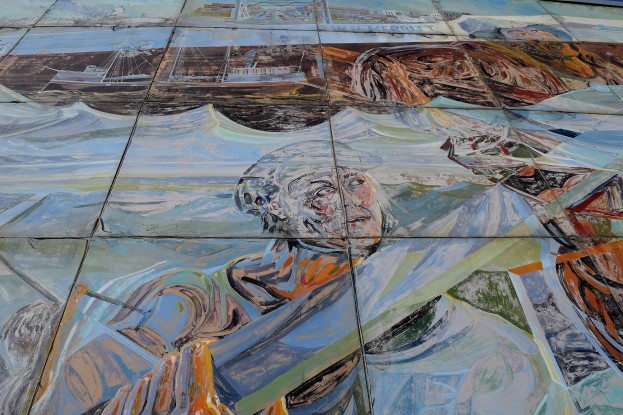