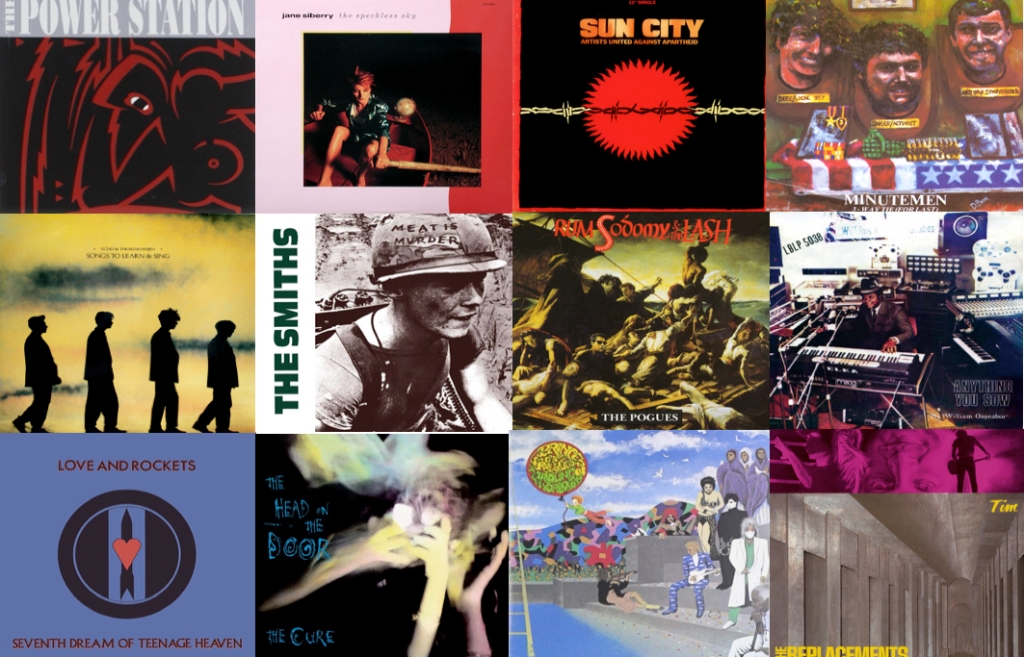 We finish off the year 1985 talking about topics like the ongoing challenges of reconciling high school almost forty years after graduation, what Red Green was doing in 1985, how styrofoam cups created a hole in the ozone, how on July 13, 1985, 40% of the world tuned into the same TV show, those who said they, “ain’t going to play Sun City,” versus those that actually did, and what kind of world would allow the Littlest Hobo to be cancelled?

Musically we spin the finest in 1985’s offerings including songs from- The Waterboys, William Oneyeabor, The Replacements, The Pogues, Beat Happening, The Smiths, The Cult and Echo and the Bunnymen.