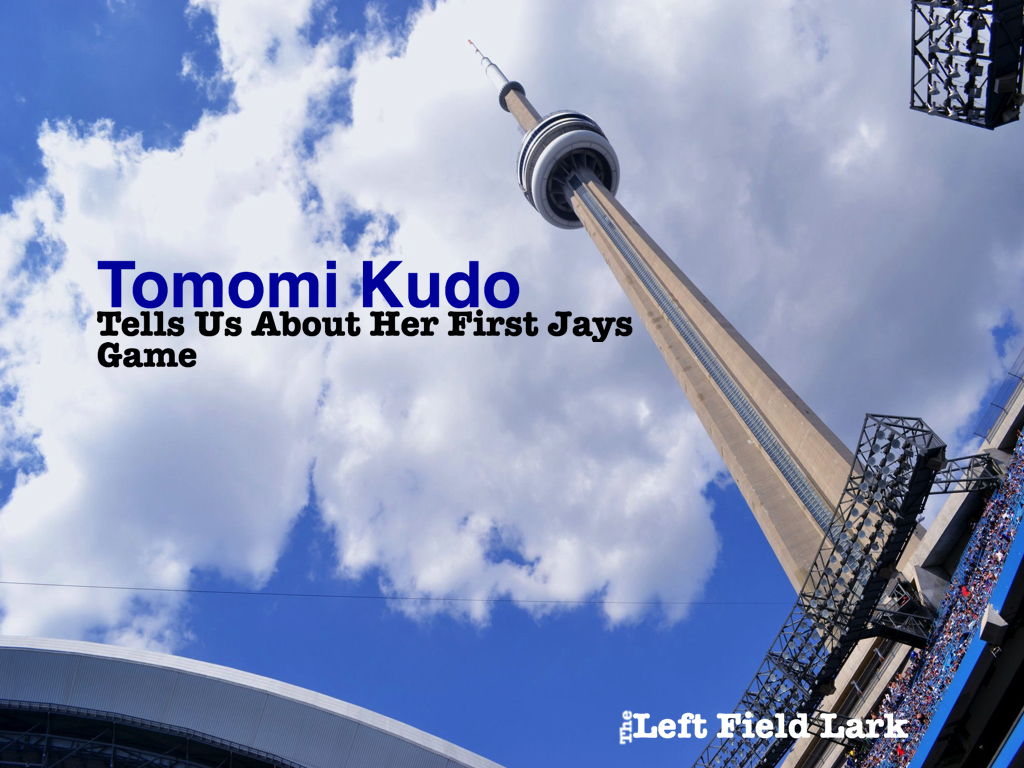 (The following was conveyed to me by my friend Steve Del Duca via an online chat one July morning while I was sitting on my patio immersed in shade, surrounded by my back lawn brimming with 9 AM-ish sunlight. For context purposes Steve is a teacher. One of the courses Steve teaches is an Integrated Skills Class in Toronto, essentially an English as a Second Language course attended generally by people between the ages of 17 and 60)

I’d like to share a writing assignment one of my English students handed in this past week.

The students had two options for the writing assignment. The first option was to write about a Traditional Folktale, the second was to provide something original.

I love a good original story of course however most students go for the Traditional folktale, and you know, they end up being the Japanese Tortoise and the Hare or the Saudi Arabian Little Red Riding Hood, etc. The Folk Tales are interesting in themselves- I already know what to expect, and they know what’s gonna’ happen too. Fine.

But then every once in a while there’s a student like Tomomi Kudo.

Tomomi Kudo is a Japanese girl in her twenties, maybe early 30s but anyway, I have a feeling she is older than she looks. Tomomi is an enthusiastic student, like she is in awe about everything new she learns…

A group of us went skating in the winter, and a handful of students joined me and my roommates to watch a Leafs’ playoff game at the bar. She had no idea what was going on in the game, but the excitement in the bar was enough for her.

Alright, so let that paint the picture and the tone for this original story by Tomomi Kudo.

(transcription below picture if you need it) 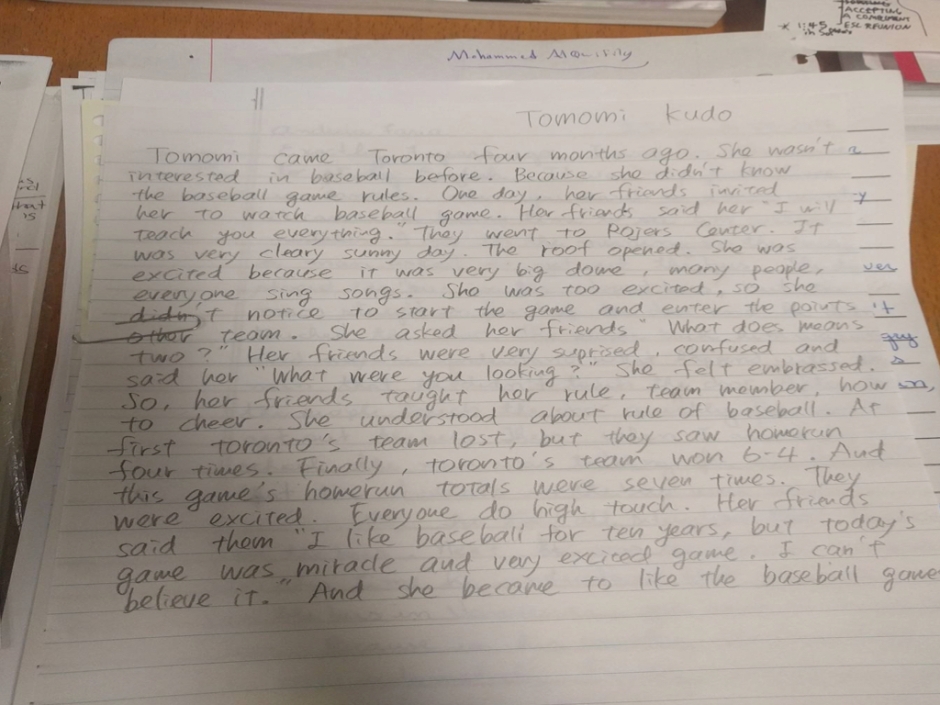 Tomomi came Toronto four months ago. She wasn’t interested in baseball before. Because she didn’t know the baseball game rules. One day, her friend invited her to watch baseball game. Her friends said her, “I will teach you everything.” They went to Rogers Center. It was very cleary sunny day. The roof opened. She was excited because it was very big dome, many people, everyone sing songs. She was too excited, so she didn’t notice to start the game and enter the points other team. She asked her friends, “What does means two?” Her friends were very surprised, confused and said her, “What were you looking?” She felt embrassed. So, her friends taught her rule, team member, how to cheer. She understood about rule of baseball. At first Toronto’s team lost, but they saw homerun four times. Finally, Toronto’s team won 6-4. And this game’s homerun totals were seven times. They were excited. Everyone do high touch. Her friends said them, “I like baseball for ten years, but today game was miracle and very excited game. I can’t believe it.” And she became to like the baseball games.